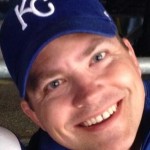 Steve serves as the KCFoodGuys.com resident foreign palette hailing from the good life of Nebraska home of such notable fine cuisine as the Runza, Valentino’s pizza, and that’s pretty much it.  Steve considers Kansas City to be the Mecca of BBQ who knows that pork is his friend and has been know to commit such BBQ atrocities as putting Gates sauce on Arthur Bryant’s meat.  In addition to his BBQ addiction Steve is a fast food & junk food connoisseur who is still south of Mendoza line in both batting average and weight.  Considering Steve’s preferred food biases he sometimes feels out of place living in the Johnson County bubble of south Leawood, but will work hard to include a fine dining establishment in this reviews from time to time. 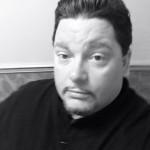 Fred is a enthusiastic and opinionated food writer that dreams in barbeque, craves street tacos and boasts about organics. Fred will eat anything and labels himself as an adventurous eater with a quirky balance of homage to the local classics but also an early adapter to new places and trends. Specializing in the Downtown/Crossroads/Westport lunch scene and Liberty area dining Fred has many claims to fame including a 6 year ban at all greater Kansas City Minsky’s locations, a selection of free t-shirts won from local eating challenges and a some admirable BBQ skills routed in the tailgating holy land of Arrowhead. 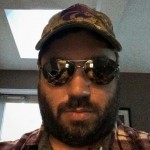 Randy isn’t a foodie but just a regular Joe that loves to eat and then talk about it.  While Randy lives in the JoCo franchise nerve center he prefers to eat at restaurants that have actual chefs and character with his foodie friends.  Randy doesn’t like to spend his time breaking down ingredients or unpronounceable menu items but prefers to focus on service, taste and overall experience when trying out an old landmark or a new location that has just opened it’s doors. Randy’s partial to good ole Southeast Missouri BBQ from the Pilot House or Wibs and prefers to wash down his grub with a  good beer, or when the occasion is right, some ole fashioned bourbon. 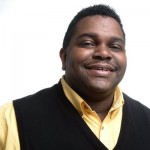 Carlton never had a chance. He was destined for a career in the food industry. As a kid, he watched his father grilling and smoking on the weekends. In the summer, he sometimes spent his days at his godparents’ bakery. He greeted customers and watched his godparents decorating cakes and glazing donuts. In his teens, the baking bug bit him. And he began creating desserts for birthdays and special events. The orders for cookies, cupcakes, and cakes started coming in. This evolved into teaching cooking classes at a retail store and chef at a special events facility. After a brief stint in the corporate world, he recently returned to the kitchen for his food blog. He also joins his dinner group once a month to enjoy local restaurants. He enjoys all cuisines especially Asian and Italian and is a certified chocoholic. 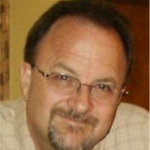 John has been around a looooong time.  In that time he has sampled a fair amount of what other parts of the country brag on as regional chow.  Sonoran hot dogs in Tucson, check.  Cheesecake in Times Square, check. Pastrami at Katz’s Deli, check.  Crabmeat cocktail at Fisherman’s Wharf, check.  You get the idea, a 60+ year old guy covers a lot of ground over the years.  But, for all that, his one abiding love is KC BBQ.  No other place ANYWHERE!! does BBQ better than KC!  After a stint in the Air Force he learned that chow hall food is undoubtedly the worst on the tasty scale and KC BBQ is at the other end.  But, with so many great restaurants in KC, BBQ is just the cherry on top in his opinion.  He is always on the hunt for unique local BBQ, Thai, pizza, burger, and steak restaurants and KC has plenty to offer in those areas.  When he isn’t working or playing with the grandkids you can usually find him in a local KC brewpub or eatery enjoying the foodie paradise that is KC.  His motto is: “Life is too short to eat forgettable food or drink crap beer!”. 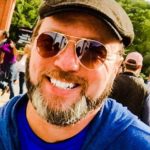 Joe DeYaeghere is a Kansas City native, having traveled throughout the US for work, family, food and fun.  Joe has seen a lot of good food come and go in KC and will let you know that Kansas City BBQ is at the center of the BBQ world. Whether it’s pizza, Grinders and Fun House are top shelf, BBQ, or fresh pasta there’s something for every palette in our glorious hometown area.  Some of Joe’s best meals have been at the K and Arrowhead tailgating.  This is an exciting time for food, drink and local flavor in Kansas City and he can’t wait to bring you a sample of everything!  Joe is an artist, public speaker, voice over actor and Co-Host of Kansas City’s own Fountain City Podcast. 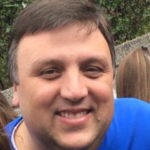 Brian Garrison is the co-host of the Fountain City Podcast a Kansas City focused podcast. Food is a topic close to Brian’s heart and he considers food to be an essential component to any occasion. Raised by a mother who was a custom cake designer and an incredible cook, especially when it came to italian food, Brian can be a bit of a food snob. Growing up he would rarely eat at friends homes because their moms were lousy cooks. Brian wouldn’t hesitate to eat before going to a meal at a girlfriend’s house if neither the mom nor the girlfriend could cook. Fortunately, Brian married a wonderful woman who is a master in the kitchen. When it comes to Kansas City food, without question BBQ is king but there are plenty of other great offerings when it comes to American, Italian, Mexican and Asian fare. Brian’s current food fascination is food trucks and finding the Italian restaurant in KC with the best red sauce that also offers manicotti. You wouldn’t believe how many italian restaurants in KC don’t offer manicotti! Come on man!