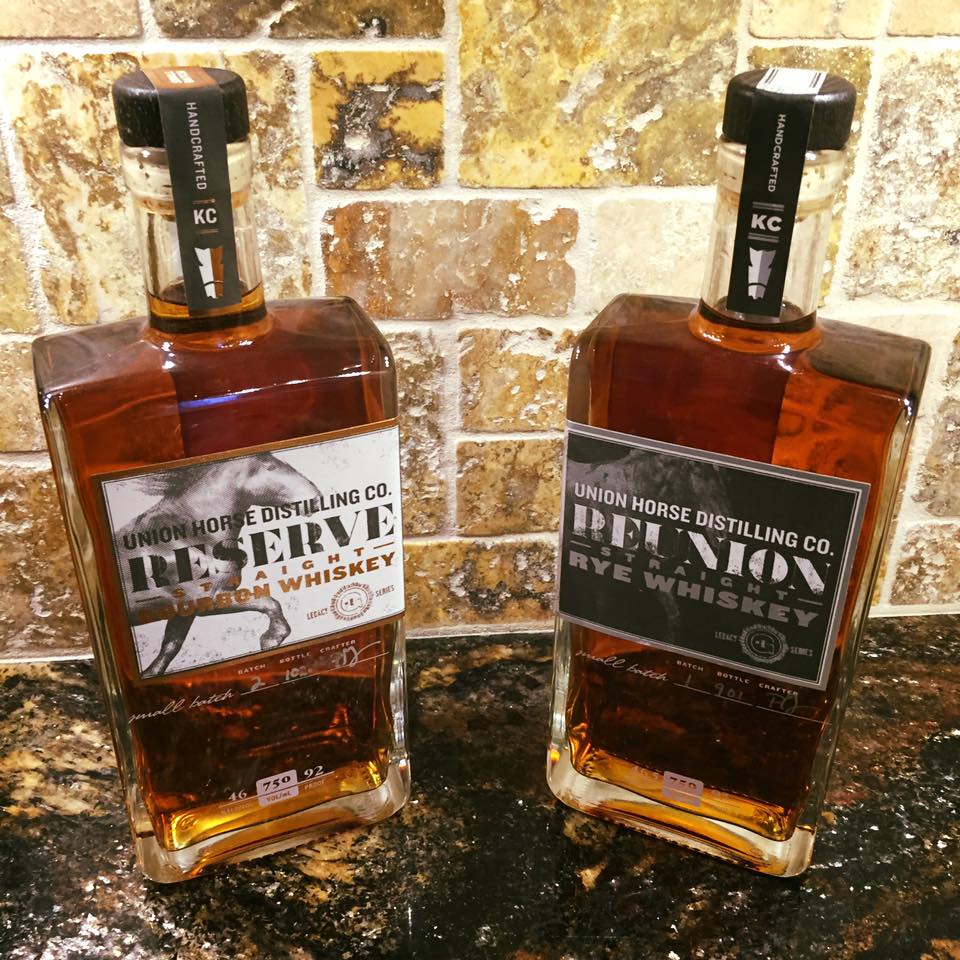 A few weeks ago the folks at Union Horse Distilling Company made my month.  Well other than my 3rd son being born it would have been tops.  They asked if I’d be interested in trying out their whiskey.  I was more than happy to cooperate with their request and with that I am now the proud owner of two locally handcrafted whiskeys. 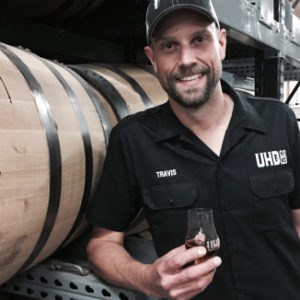 The name “Union Horse” pays tribute to the unified spirit it takes to run a homegrown family business and plays on the unifying force throughout all aspects of their product – from the water to the grain, to the spirit and the barrel and more. Union Horse started distilling in 2010.  They currently produce three whiskeys and one vodka which are distributed in Kansas, Missouri, Nebraska, Iowa, Connecticut, New Jersey, New York and soon in Oklahoma, San Francisco and Los Angeles.

The Union Horse whiskey distilling process takes between 5-6 days from start to finish and the final whiskey is aged in Missouri Oak barrels for up to five years, creating a well-developed and complex flavor.  In 2015 Union Horse started pulling selected barrel samples and blending each one.  They settled on 92 proof for their Straight Bourbon Whiskey and 93 proof for their Rye Whiskey.

Union Horse Reserve Straight Bourbon Whiskey is a complex whiskey, with a full body and hints of creamy vanilla, maple, caramel and smoke yielding to a long lasting finish.  Straight Bourbon is made from corn & rye mash. Federal law requires that 51% of the mash bill be corn and not exceed 125 proof going into a new American oak barrel.

Union Horse Reunion Straight Rye Whiskey is a rich combination of smooth complex notes of butterscotch, caramel, ginger and cinnamon spice.  Their small batch rye whiskey is made from a 100% rye mash.  A rye whiskey, by federal standards, must have at least 51% rye in the mash bill and not exceed 125 proof going into a NEW American oak barrel.

Union Horse also offers the Long Shot White Whiskey which has a clean, distinct flavor of sweet corn and fruit.  Built to liven up your cocktail at any occasion.  Long Shot White is an artisanal whiskey made from a sour mash recipe consisting of corn and wheat, double distilled and aged for 120 minutes in used oak barrels.

If whiskey isn’t your thing, and you know who you are, then Union Horse also makes Rider Vodka.  This is a vibrant spirit with distinct character and gentle finish.  Union Horse’s time tested process brings a more neutral and smooth flavor than before mixing better within cocktails.   Their small batch vodka is made from 100% wheat mash which is distilled and filtered six times for an exceptionally smooth taste and superior quality.

One of the most important items in the Union Horse arsenal of distillery is their 500 gallon copper pot that is used to distill all four spirits.  The gigantic copper still is affectionately called “Chester Copperpot” named after the treasure seeker from the 1985 movie Goonies who went in search of One-Eyed Willy’s treasure, but I digress. This work of art would make Jim Tom from the Discovery show Moonshiners purr with envy.

If you want to take a tour at the Union Horse Distillery  There are two dates in July with future dates to be scheduled.

You can find out more about tours and tickets at http://www.unionhorse.com/tours-events/

Lastly I did my own whiskey tasting after I received my Union Horse bottles.  You can see my video below.  I tasted the Union Horse Straight Bourbon and Rye whiskeys along with Jack Daniels, McCormick’s “Reserve”, and Crown Royal.  I really don’t drink much these days, other than the occasional golf tournament (don’t mix beer and vodka on a 100 degree day), but I did own a bar for period of time so I know a little bit about the spirits and what people like to drink.  For those of you who are Jack Daniels or Crown Royal drinkers, I think you’ll like Union Horse if you give it a try.  If you’re drinking McCormick’s you might need some counseling.

I’ll try to provide you with an fantastical analogy to help you get the idea of how the products differ.  Drinking McCormick’s is like kissing your sister, its not something you want to do or be seen doing, and if you do it on a regular basis you have a problem.  Get some help ASAP.  Drinking Jack Daniels or Crown Royal is like making out with a cheerleader, it’s good and something you’ll continue when you get the chance, and you tend to think highly of yourself when your seen with them.  But drinking the Union Horse whiskey is more like making love to a super model.  Once you’ve had the experience, it will be hard to go back to high school.