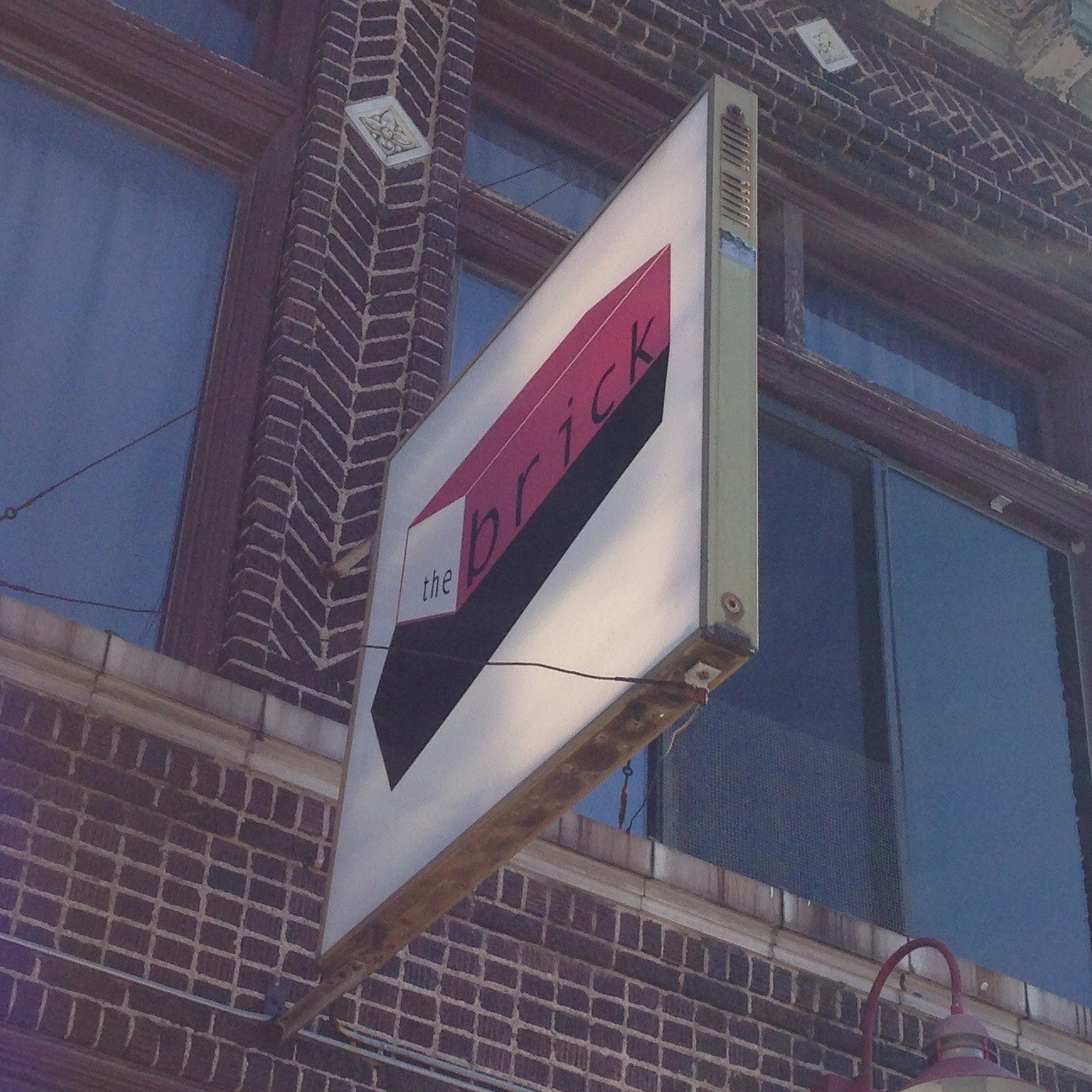 How many purple doors do you walk through? I’m going to guess not that many, but if you go to The Brick at 1727 McGee, you’ll enter through one into a seemingly windowless hole-in-the-wall dive bar and grill. To me, it had the feel of a graffiti-laced speakeasy with a stage for bands & karaoke. The Brick was also featured on the Food Network’s Diner’s Drive-ins, and Dives and certainly fits the Dive category. 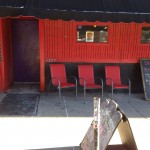 The KC Food Guy Board arrived for a “strategy” meeting around 11:15 and The Brick gradually filled up by noon on this Monday. There seemed to be a number of regulars that the wait staff and bartender knew by name, which is always a nice touch. For an appetizer we tried their Zim’s Wings which evidently was a runner-up in the Buffalo, NY wings festival. All I can say is that the batch we received wasn’t anything special, and the sixth wing that I got stuck with was a bit of a runt. However, I will say their blue cheese dip was good, and I’m not even a fan of blue cheese. 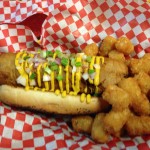 Next, I ordered The Oklahoma, which is a beer batter deep-fried hot dog on a bun. The thing was colossal. The menu mentions “it’s not for the faint of heart” …and it was so big that I really had no shot at finishing it. It was interesting. I’m a big fan of fried food, but deep-frying a hot dog isn’t really bringing much to the table when it’s already an oversized dog. Deep frying it doesn’t make the dog taste any better. I got about half way through it before I pushed it aside. I did get the tots which were really good and I’ll order those again on any future visits. 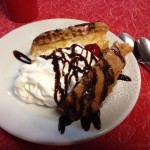 I was then notified that they had a deep-fried Twinkie. I’ve never had one or been to a place that had one so … I had to get it. Fried Twinkie? Please…The Twinkie appeared to be also fried in the same beer batter which isn’t all that great and then sliced in half with whip cream and chocolate sauce piled in between the two halves. This is kind-of a must- have because the inside of the Twinkie evidently melts into oblivion in the fryer. Now that I’ve had one, I must say the whole concept is a gimmick and it’s really not worth your time.

So, in closing my deep-fried experience at The Brick wasn’t all that great but, there were a lot of menu options that sounded intriguing. Since I’m usually dining downtown for lunch I won’t cross The Brick off my list of places to dine, but I need to find my preferred items before I can recommend it. Maybe the Scimeca Italian Steak or the Fish & Chips will do the trick?