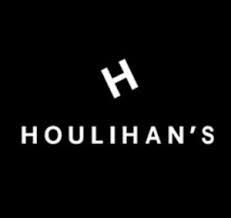 So I will say Houlihan’s has never been a usual in my restaurant rotation.  Not because its not good but because when I’m out with my kids most sit down places take a little longer than their attention span holds at this point in their life and when I’m out with my wife I just want something a little nicer.   I consider Houlihans to be in the middle tier of the American food chain restaurant, above Applebee’s & Chili’s but below Cheesecake Factory & J. Alexanders. 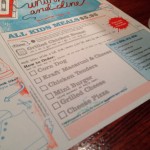 But for whatever reason this last Friday night Houlihans at Town Center in Leawood fit the bill.  It was still relatively early so their was no wait and my wife just wanted to get an appetizer and a salad.  So we went including the kids, 3 & 5 years.  Both were completely exhausted, one from daycare, and one from ice skating.  Both found something on the kids menu which I will say covered all the kid’s preferred choices; Corn Dog, Mac & Cheese (Kraft no less), Chicken Tenders, Burger, Grilled Cheese, & Cheese Pizza.  I’ll have to say that should cover the majority of pint sized picky eaters and it covered the needs of my two food monsters.  As a big plus each kids meal came with a side, a drink, and a scoop of ice cream for dessert, not sure what else they could do to make it any better from their perspective.

The next pleasant surprise was that they served wine flights.  I don’t know if this was something Houlihan’s always does but if it’s a standard feature I’ll be back for more.  For some reason I’m a sucker for 3 oversized shots of wine for 10 bucks.  I’m no wine connoisseur but I’m all for trying out new wines on the cheap.  I can’t think of a single place that served wine flights where I didn’t order it. 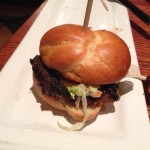 The next bonus was that they offered sliders on the appetizer menu.  Neither my wife or I were very hungry and we didn’t want spend much time or money if we could avoid it this evening so we split the sliders, a caesar salad, and the wine flights. The sliders were decent but were a little too charred and tough on the outside for my liking.  The caesar was okay but had a couple of little fried polenta croutons in it that made the salad.

Overall I was happy with our trip to Houlihan’s.  I enjoyed the options that were available and the speed of service.  It was a little pricer than I would have expected considering my wife and I shared everything but we did get wine so I can’t really complain.  Houlihans might have even made it into the dining out rotation for us, we’ll see what the kids say next time.