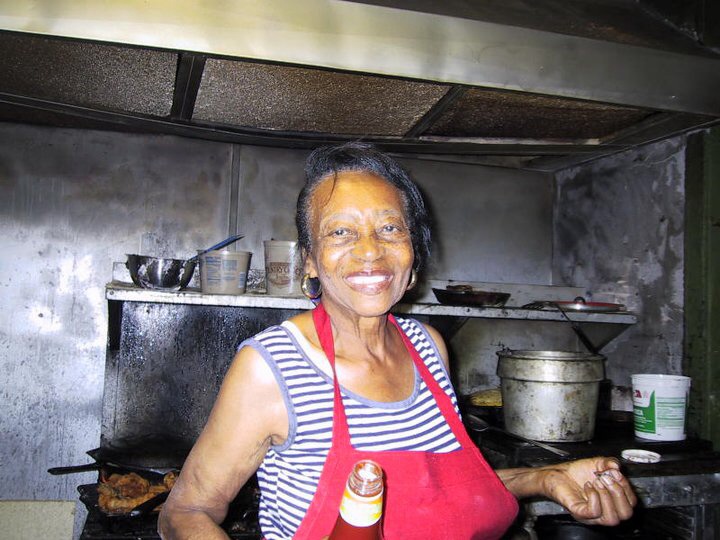 The most unique restaurant in Kansas City history was Ruby’s Soul Food Cafe.  This dive served up all the soul food classics.  Fried chicken, cornbread, mashed potatoes, greens and cobbler with home made ice cream. The atmosphere was as good as the food. The restaurant looked like a living room and crock pots full of bubbling goodness were spread out everywhere. I don’t recall a menu at Ruby’s. You walked thru the front door, sat down and ate what was served to you from what Ruby had prepared on a pair of residential ovens in the rear. The panel walls of the restaurant were wallpapered with photos of patrons from the 70’s and 80’s. The photos were as diverse as the clientele that included policeman, national celebrities, white collared downtown workers, third shift factory types, politicians, lawyers and colorful salty locals. 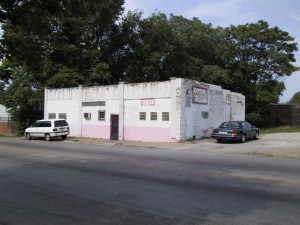 If you had been there a few times you probably knew Ruby and you were likely greeted with a lip to lip kiss. Ruby was a tall, skinny, feisty woman the served southern food masterpieces along with a calming charm. The culture was in-your-face but non threatening. One look from Ruby thru her coke bottle glasses and you were somehow transformed back to your childhood at grandmas house at Sunday dinner. Regular diners took their used plates into the kitchen and hand washed them in the sink. It wasn’t uncommon for her to refuse payment of regulars. The atmosphere at Rubys was incredibly authentic with a perfect blend of barrel laughs, breaded catfish, loud gesturing, Mac n cheese, colorful language and good times. Ruby’s was a mystical place.

Ruby’s was special for many people but particularly the Kansas City Missouri Police Department that comprised a large portion of her clientele. The restaurant had its wild side. Ruby was held hostage by armed burglars in 1977. In another instance a white Cadillac drove thru the front of the store. 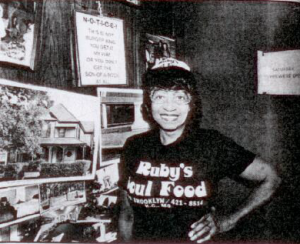 Ruby McIntyre passed on May 12, 2015 at age 95. The old restaurant is now a small vacant lot at the corner of 15th and Troost.  You can connect with Ruby’s fans at Past Patrons of Ruby’s Facebook site.

Editors Note: Back-In-The-Day articles highlight famous Kansas City restaurants that have been closed for many years but their legend continues. 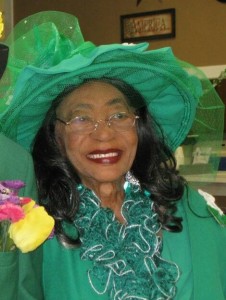