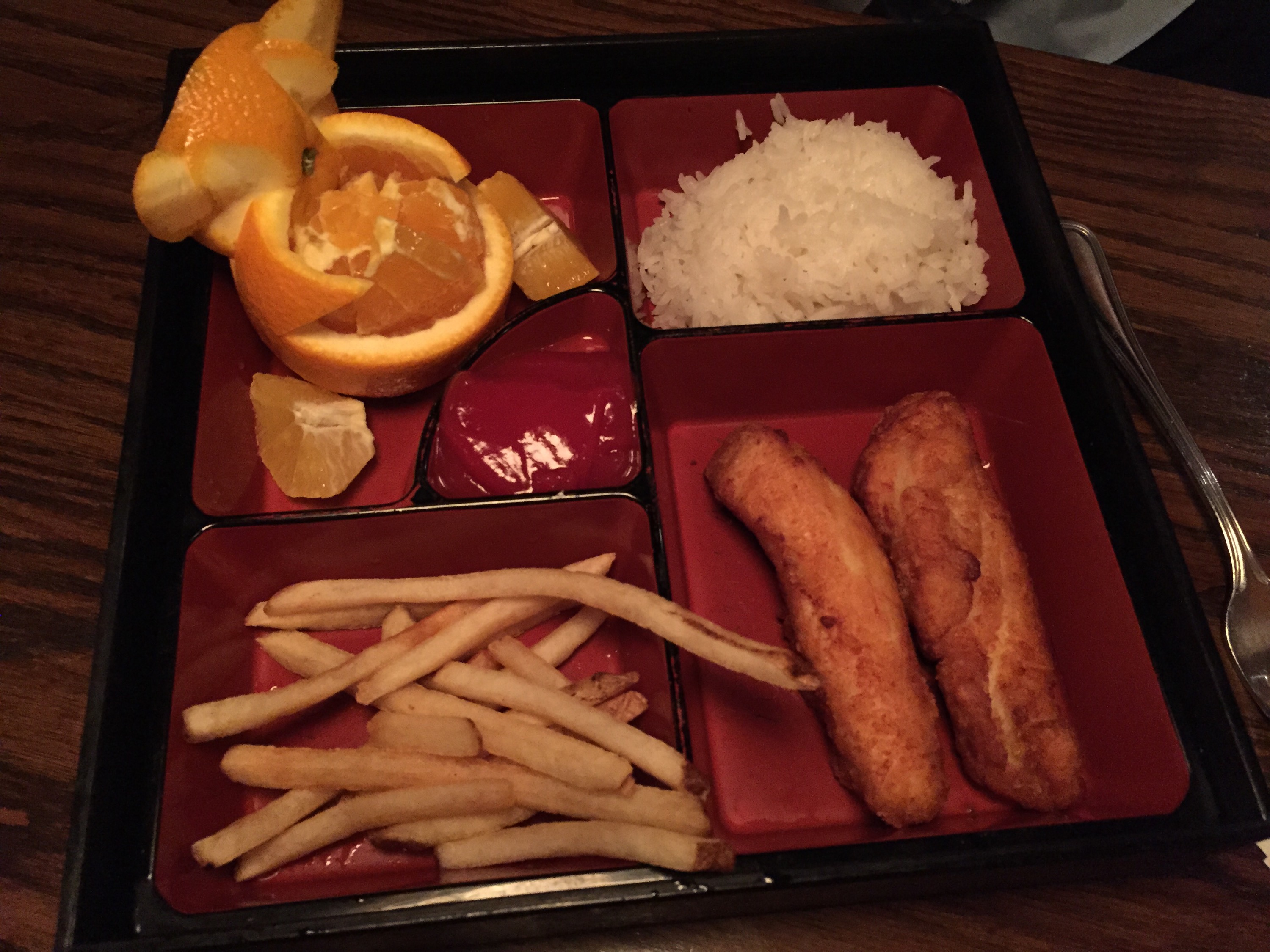 So Mother’s day was just a few days back and my lovely wife, the mother of my food monster’s, asked to go to Kona Grill on the Plaza for Mother’s Day.  So after church we drove on down to the Plaza and got some rock star parking in front of Kona Grill.  The food monsters were reasonably behaved.  My wife and I ordered a few of the sushi rolls for us and the chicken strips and a pizza for the food monsters.

One of the sushi rolls we order was the Las Vegas roll.  My wife is allergic to crab so we asked if they could just leave that out.  The waiter said “sure, no problem”  We told them to bring the items out as soon as they were ready so as to keep the monsters occupied with some food.  Monster #1 was impressed with his chicken strips boxed plate and monster #2 enjoyed his kid sized pizza while we started to dig in on a few of the sushi rolls.

Everything was going swimmingly until our waiter came back to inform us that they wouldn’t be able to serve us the Las Vegas roll without crab, as they were “pre-made”.  My wife and I just looked at each other in a moment of disbelief.  This was Kona Grill on the Country Club Plaza.  Isn’t this type of thing illegal on the Plaza?  Wasn’t this supposedly a top tier KC sushi restaurant?  We ordered another roll in its place but the damage was done our mouths hung open for the remainder of the meal.  My whole view of Kona had been spilt on floor like a glass of water.  How do you make up for a comment like the Las Vegas roll is pre-made so we can’t serve it without crab?  Is there not a sushi chef available to make a fresh roll?  Is that too much to ask on Mother’s Day to make a new roll minus crab for a deserving mother?

Is our world so screwed up that we have to pre-make sushi rolls at a place that has sushi chefs?  If I want pre-made sushi I’ll grab them out of the refrigerated case at Hen House.  In hindsight I should have asked for the manager to pay us a visit, so I could have gave him my look of disbelief, I mean is it really that hard to make these rolls as they’re ordered on a Sunday morning?  On one hand I do thank Kona for being honest and not serving us something that had been laced with crab overnight as it could have ruined the rest of Mother’s Day for my wife.  On the other hand can you really be considered a respectable sushi restaurant when you pre-make some of your rolls?  I mean have some sushi self-respect.

I guess next years Mother’s Day we’ll just stay in the JoCo bubble and hit a strip mall sushi joint and watch them make it fresh in front of us, either that or hit the Hen House.