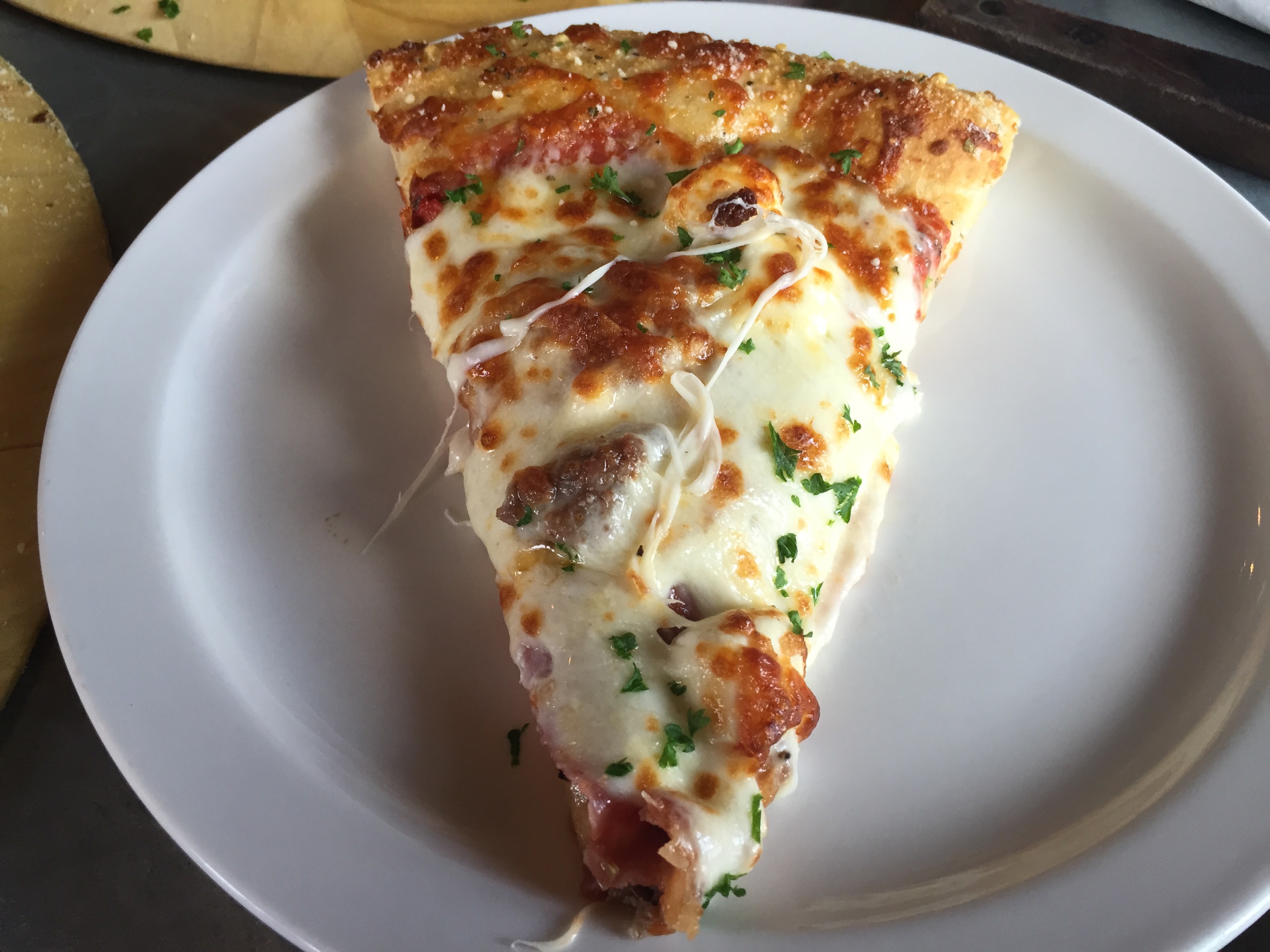 Today’s matchup features old school Kansas City Pizza versus new school Kansas City Pizza.  Minksy’s has been serving up pizza pie in KC since 1976 and has multiple locations while Artègo Pizza has been dishing it up since…. December 2014 at 900 W 39th St in KCMO.  Will experience win out over flair & hustle?  Let’s head to the mattresses and find out.

As we said Minsky’s has been serving great pizza pie since 1976 and currently has over 15 locations in and around KC.  Minky’s has stood the test of time in KC and will turn 40 next year.  Their menu boasts 17 specialty pies plus you can always build your favorite.  Minsky’s has always been a favorite of mine even before I moved here in ’97.  The cheese bread is great when dining in and their pizza even challenges my loyalties to Valentino’s back in Nebraska, those words are near blasphemy to fellow Huskers.  My favorites specialty pies are the Papa Minsky, Prime Cut, and a modified Combo as I hate olives.  The five star cheese is one of the best cheese pizza’s ever.  It’s a favorite of veggie heads and it hits my radar every Lent.  In addition to the cheese bread the garlic cheese toast is another family favorite on the appetizer list.  Minsky’s also dishes up a pretty good calzone along with a few sandwiches for those picky people who shouldn’t be dining at a pizza place in the first place.  Minsky’s quality is pretty high although occasionally the crust will turn up a little close to doughy, thats the risk you take when you have 15 locations.

With a grand opening in December last year and a few months under their belt Artègo appears to be hitting its stride and it certainly doesn’t hurt being a few doors down from the best BBQ in town.  Lots of food traffic notices the Artègo’s sign on their way to Q39, which is how we discovered them, and then watched them a bit on Twitter as they are taking full advantage of social media to get their name out.  When you walk in the first thing you’ll notice is the incredible paintings done by Alexander Austin a friend of owner Joe Perez.  The masterpieces on the wall give you a good vibe from the moment you walk in.  Besides the gallery quality art on the walls Artègo’s serves up some incredible deals.  The first one is a four topping Calzone w/drink lunch special for only $6.99 every day of the week, we didn’t have the calzone but it looked killer.  Next is the Monday special $10 large pizzas, trust us when we say the pie you get is worth double.  On Tuesday nights Artègo’s has live music, and Sundays appear to have the craziest deal of all.  Its so crazy we’re not sure how long it can last.  $15 Bottomless Mimosa’s from 11 to 5.  So wait, what about the pizza.  Lets just say it’s incredible.  We tried out both the Stockyard and the Formaggio and can easily recommend both.  Artègo’s pizza dough makes one of the best pizza pie crusts in town and their toppings are top notch.  We look forward to our next visit.  Im guessing it will be on a Sunday or Monday, but then again I can have that calzone and drink on any day of the week.

…So The Winner Is?

So when it comes down to it, I again have two pizza places that will remain in the lunch rotation but one has to come out on top.  It’s pretty close and most people would probably just give the nod to Minsky’s.  They’re the Kansas City standard for pizza, they’ve been around the longest, they have the track record that is nearly four decades long, but that’s not how we roll here.  We weren’t afraid to pick Q39 over Joe’s even with 60% of the city voting for Joe’s, and we aren’t afraid to take Artègo’s over Minsky’s.  If it came down to having Artègo’s next to a Minsky’s and choosing which door to walk through for pizza, we’d choose the Artègo door.  Not because it’s a new and fresh face and place, which it is, but because we honestly liked the pizza better.  It’s good and worth the trip.  If you do go, be sure to tell them the KCFoodGuys sent ya.