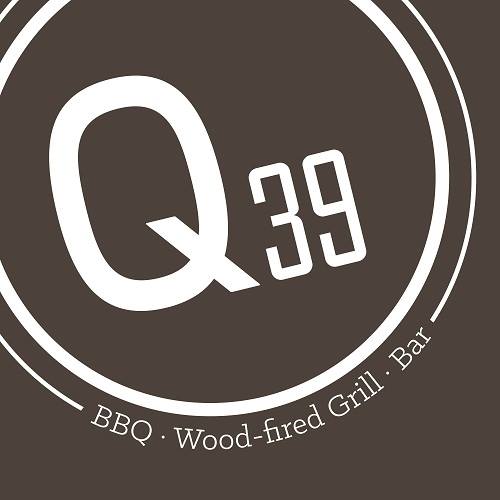 If you live in Kansas City you’re probably pretty familiar with the old guard of BBQ. Gates, Arthur Bryant’s, and Jack Stack. They have been around forever and you pretty much know what you’re going to get. Then there’s the newer standard of BBQ that has developed, namely, Joe’s Kansas City BBQ (formerly Oklahoma Joe’s), Woodyard, Smokin Guns, and a host of others.

Recently though, there has been a seismic shift in the KC BBQ scene. Just when you thought it was looking somewhat crowded, startups like Char Bar & Slap are elbowing their way to the top of the list. And one of these newcomers has surpassed them all. Three characters are all you need when speaking their name, Q39.

One bite of their Burnt End Sandwich, that’s all it takes to find BBQ nirvana. This sandwich makes burnt ends at other BBQ joints seem little league. Order the Judge’s Plate and you have a front-row seat to the championship round of the American Royal. Q39 has truly taken BBQ to another level in KC, and for that they should be commended. No complacency or relying on Guy Fieri groupies and Triple D tourists to keep their lines long and their seats full. No sir. Q39 is the real deal!

Prices at Q39 are a bit higher than the everyday BBQ stop in KC, and sides will cost you extra. But at the end of the day it’s so worth it. The restaurant still has a new, clean feel to it, and the wait staff is prompt and courteous. They leave a bottle of water on your table so you can refill whenever you need it instead of searching for your server. I wish other restaurants would do this because no one likes waiting for a refill.

Before you begin thinking this is your standard foodie review love fest of everything Q39, it has things that could be improved. Their cornbread is average at best and could use a little more warmth when served. Their BBQ beans are more of a southwest style and certainly don’t compare with Jack Stack beans, but then again who has mastered that feat? The fries are tasty and I order them every time I go, but they’re really not worth the $4 pricetag considering what you get.

In addition to their incredible food selection, Q39 features a number of great BBQ sauces, including a vinegar-based sauce that won the 2014 American Royal vinegar sauce category.

If you haven’t tried Q39 yet, you’re truly missing out. Stop in and try a bite to see what you think … my only advice before you go, visit their website to make a reservation. The secret is out and there aren’t many times this place isn’t packed!