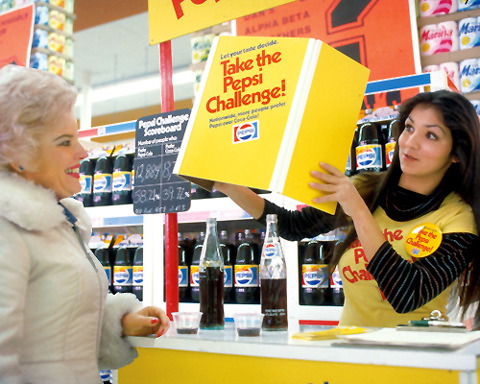 This goes out to all the Kansas City Coke drinkers.  Are you tired of asking for Coke at Kansas City dining establishments only to be told they serve Pepsi products?  Whats up with that?  I’m not talking about at Taco Bell, or KFC, or Pizza Hut.  Of course they serve Pepsi, Pepsi owns them.  I’m talking about at independent, locally owned, Kansas City restaurants you frequent.  Why are they serving Pepsi?  Their customers are asking for Cokes.  For too long we Coke drinkers have been coerced into drinking an inferior product at lunch and dinner when all we want is an ice-cold Coke.  Is it really more expensive for these establishment owners to serve Coke instead of Pepsi?  The research I’ve done says no.  If I’m wrong please point me in the right direction in the comments below with facts that show otherwise.  Even if it is more expensive, who cares, the markup on Coke syrup and carbonated water is what, 1000%?  I’m the customer, the customer knows best, and I want a Coke!

So besides the restaurateurs out there serving the citizens of KC an inferior soda product we have bar owners that serve Pepsi as well.  Talk about low lives.  You’re serving Jack & Pepsi?  Now that’s jacked up.  You might as well serve me that well whiskey you’re making in the basement.  There’s a reason people order a Jack & Coke.  How ’bout a Captain & Pepsi, ever hear of someone ask for that?  Hell No!  People want their liquor served with Coke for a reason, its more enjoyable, IT’S THE REAL THING dang it!  They want what they ask for and not some second-rate sugar-water.  What are you, the government?  Do you think you  know what’s best for your customers when it comes to soft drinks?  You bar owners that server Pepsi, you make my blood boil.

So I’ve had it, I’m done with being stuck with Pepsi when I want Coke.  So I challenge all of Kansas City’s Coke drinkers to take the KCFoodGuys Pepsi Challenge starting today.  When you ask for a Coke when you’re out at lunch and dinner from now on and you hear that nauseating response after asking for a Coke “I’m sorry sir, we serve Pepsi products.” I want you to snap back and hit them with “Then I’ll have water and I want to talk with your manager before my meal is over.”  Now don’t be ordering tea or some other drink.  Sack up, and stick with the plan, you need to stick with water so it hurts them the next day when they are at the bank window.  Make them miss out on those two dollars of pure profit.  That’s probably 10% to 20% of your individual check.  If half their customers started doing this on a daily basis, it shouldn’t take long for some real hope and change to occur.  Now when the manager swings by politely tell them that you want them to serve Coke, you want them to make it happen, and that you will be drinking water in their establishment from now until they do.  If we Coke drinkers band together in the KC market and do this at every place we eat that serves Pepsi for a few months, I guarantee you that we will all be drinking Coke most everywhere in town before the end of the year.  So take the KCFoodGuys Pepsi Challenge and stop settling for Pepsi when all you want is a Coke.