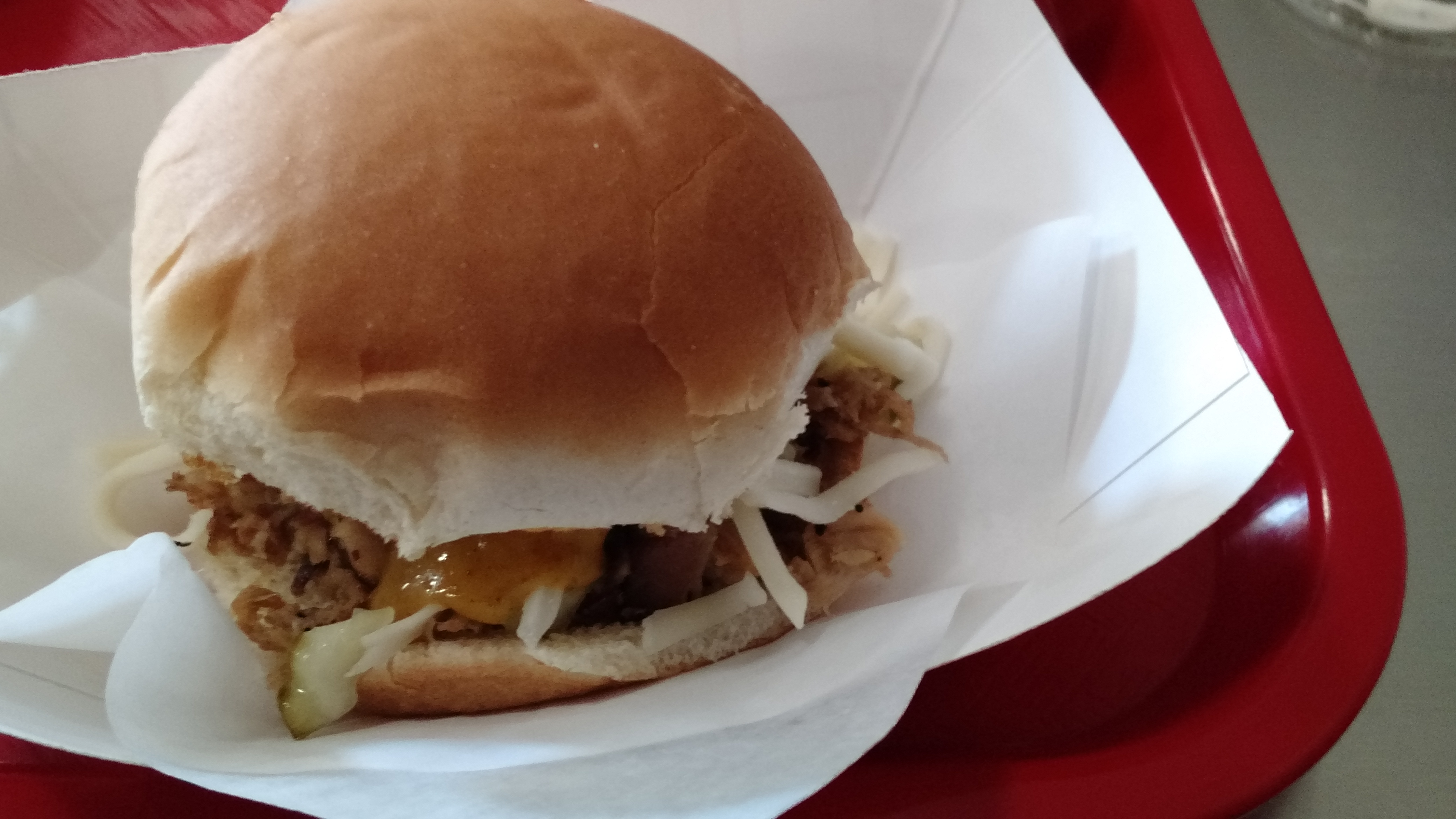 While driving through downtown Lee’s Summit one evening, I noticed what looked like a new restaurant in renovation. Even though I drove slowly to read the letters on the door, immediately I thought it said FORD FAIRLANE’S. As in the tail finned car from the 1950’s. But I was hoping it was not referencing the character in a movie from the 1990’s starring comedian Andrew “Dice” Clay.

A few days later, I drove by again to check for an update on opening. And to get the name right. No, this is FRANKIE FARELANE. Frankie as in Valli and the Four Seasons. And FARE, as in quick lunch fare. And the full name is Frankie Farelane’s Fast(ish) Food.

It finally opened in July. Owned by the same guys behind Stuey McBrew’s Tavern, also in Lee’s Summit, Frankie Farelane’s falls into the fast casual category of dining. It’s similar in dining style to a Noodles and Company or Chipotle. 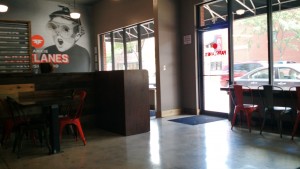 The restaurant occupies one section of a brick building in the heart of downtown. The interior is grey walls and concrete floors. Seating is metal topped tables and Tolix chairs and stools in colors of red and dark copper.

The menu is basically broken into 5 categories: sliders, tacos, wings, slaws and chips with salsa. And each of those categories, there are at least 4 different taste options. I chose a pork slider, a chicken taco, Korean wings and chips with mango peach salsa.

I was expecting the pork slider to arrive on a miniature bun with slices of roast pork. To my pleasant surprise, it was delivered on an almost regular sized hamburger bun. Priced at $2.99, it’s a very good deal. And with a $1.99 bag of fresh tortilla chips and your choice of salsa, it makes a very filling quick lunch. I chose the mango peach salsa but the black bean and corn salsa would be an excellent choice with the Cuban. This sandwich has shreds of tender pork and Monterey jack cheese. And the citrus mustard was a nice balance against the bite of the crunchy pickle. 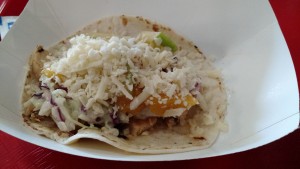 Street tacos are very popular right now. And Frankie Farelane’s has lots to choose from. Just like the sliders, patrons can choose from pork, beef and chicken. I chose the $2.25 apple chicken taco for a couple of reasons. 1. It gave me an opportunity to try the mango apple slaw. And 2. I was intrigued by the combination of the slaw along with the asiago cheese. So with each bite, I got the tart sweetness and crispness of the sliced apple, the creaminess of the slaw dressing the saltiness of the cheese and shredded chicken. This is probably one of the most interesting and flavorful street tacos I’ve ever had. 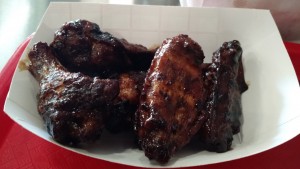 Only recently introduced to Korean BBQ, I chose this flavor for my wings. It’s important to note this is not Korean FRIED chicken. That’s a whole different texture and flavor. These wings are smoked and glazed with a soy and vinegar based sauce…and not much heat. My order arrived as 3 nice sized drumettes and flats for $5.95. If you want a dipping sauce, there’s a choice of blue cheese or ranch. However, I didn’t need it.

Frankie’s is a nice option if you are looking for a quick lunch or dinner. It is open Monday through Saturday from 11 am to 9 pm. Just remember the name.