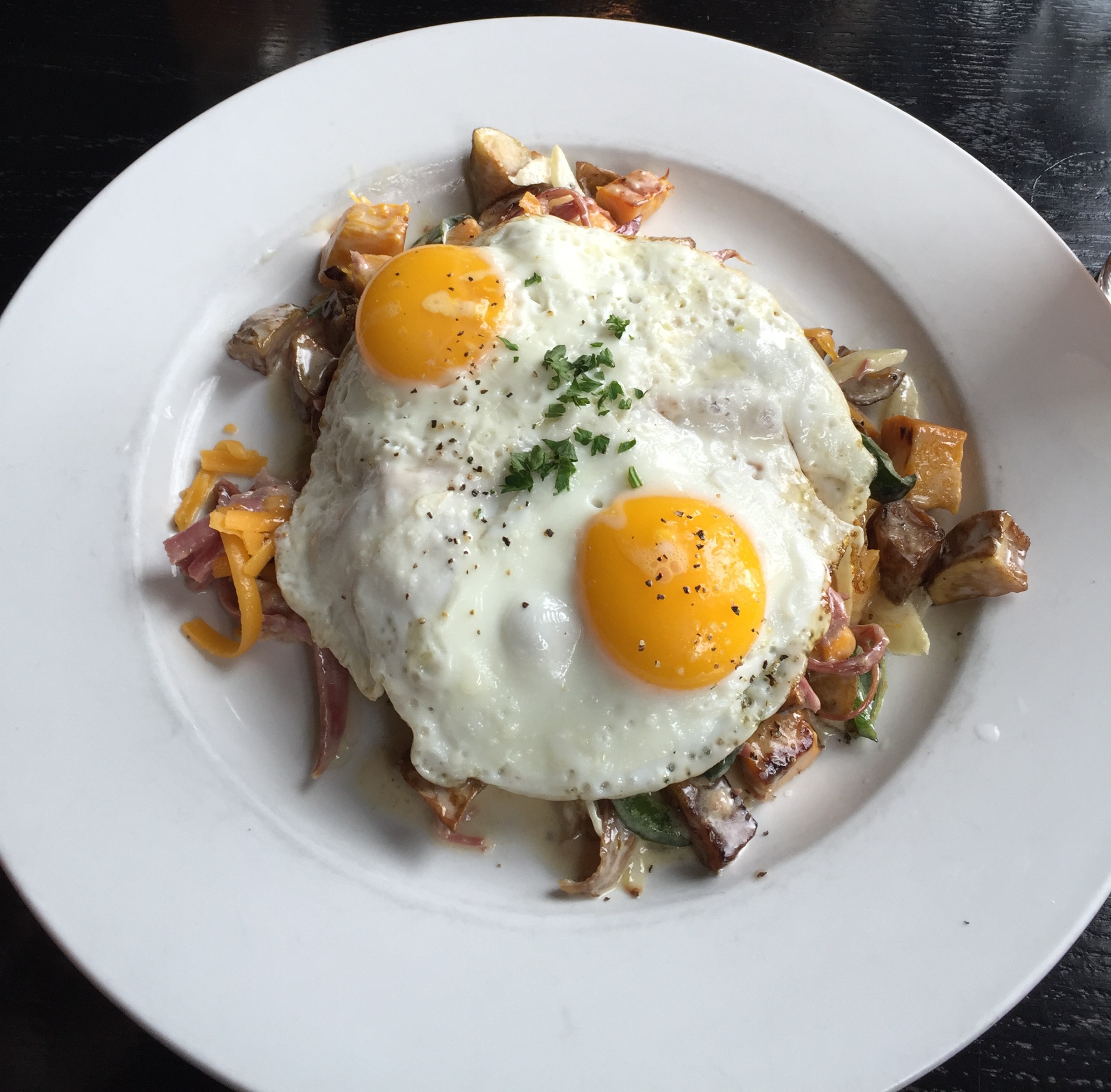 So I’ll just cut to the chase.  I was nursing a 3 star hangover .  When that happens, you need breakfast…….a big breakfast……My ole pal Melissa suggested we go check out The Farmhouse which is located in the River Market area of Kansas City.  After spending about 10 minutes maneuvering through Hipster foot traffic on a cloudy Saturday morning, I was able to find a parking spot maybe about a block or two away.  We moseyed on up to the place and it quickly became apparent this was a popular spot.  We put our names in for what we were told would be a 30 min to 45 minute wait.

Instead of just sitting around, or doing a slow tap jazz rendition of Mr. Bo Jingles to earn enough money to cover breakfast, we made our way to a little antique store around the corner.  Nothing like going through stuff that you know your family used to own and how much you’d be rolling in it if Mom had just keep those Star Wars action figures!! We got our text from The Farmhouse and made our way back to be seated.

The inside of the place has a very nice ambiance that makes it feel kind of upscale but still very much down to earth.  There is seating as you walk in to the immediate left and straight in front of you is a nice little bar with seating to the right of that.  The bar had every single seat full with some friends that were either having a nice brunch or sipping on Mimosa’s and chatting the morning away.  The scene had a constant drone of chatter but never got a decibel that disturbed your conversation with who you were with.  Melissa and I were shown to our table which was in a room to the left of the main walk in room.  Melissa heard her name called and went to say hi to a friend whilst I looked over the drink menu to help bite the dog that bit me the night before.  The drink menu had plenty of interesting original looking drinks but I went with the old hangover standard and got the Bloody Mary.  Now I’m not sure how you like yours, but I like a fair amount of veggies and spicy, but not so spicy you end up looking like a slobbering snotty fool who’s pet just died.  The Bloody Mary had a few olives and low an behold just ENOUGH spice to make it taste amazing but did not make my head sweat.  Mel’s and I’s second drink was a simple Mimosa.  I’m not a huge fan of Champagne, but the taste was nice and I seriously debated getting a second.

The menu was almost too good to be true for the state I was in, and after much internal struggle I went with the Corned Beef Hash.  Melissa, a definite foodie, is on a mission to try every single style of Eggs Benedict in the multi state area so that’s what she went with.  The food presentation was definitely what I would call upscale and very pretty as I like to say.  I also witnessed someone eating a Lord Kenzo from the menu and that’ll be what I order next time for sure just on looks alone. 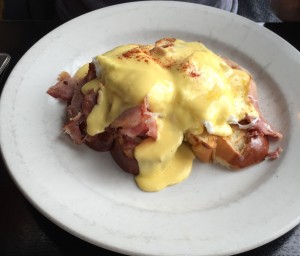 The Corned Beef Hash was absolutely amazing taste wise and had the right size portion for what I was looking for. It didn’t appear to be lopsided with any one ingredient but was evenly created and the taste reflected that which each bite.  Mel’s Eggs Benedict met her standards quite nicely and she commented that she did enjoy the Hollandaise sauce.  The Farmhouse also utilizes local farmers as much as it can, and I feel like that level of freshness made it in to the final meal.  I always enjoy a place that utilizes local merchants whether it be for food ingredients or for the booze I’m ordering.  I would definitely recommend the Corned Beef Hash and have had several folks tell me that it’s their favorite meal as well there.

The service, for a place that obviously had every single seat taken, was quite good.  Had to wait for our alcoholic drinks for awhile, but the water was filled adequately and timely.  The waitress was friendly without being overbearing and I always appreciate that.

I recommend The Farmhouse for a nice weekend breakfast or brunch.  If you can stand the time it takes to find parking down by the River Market, this place is definitely worth it.