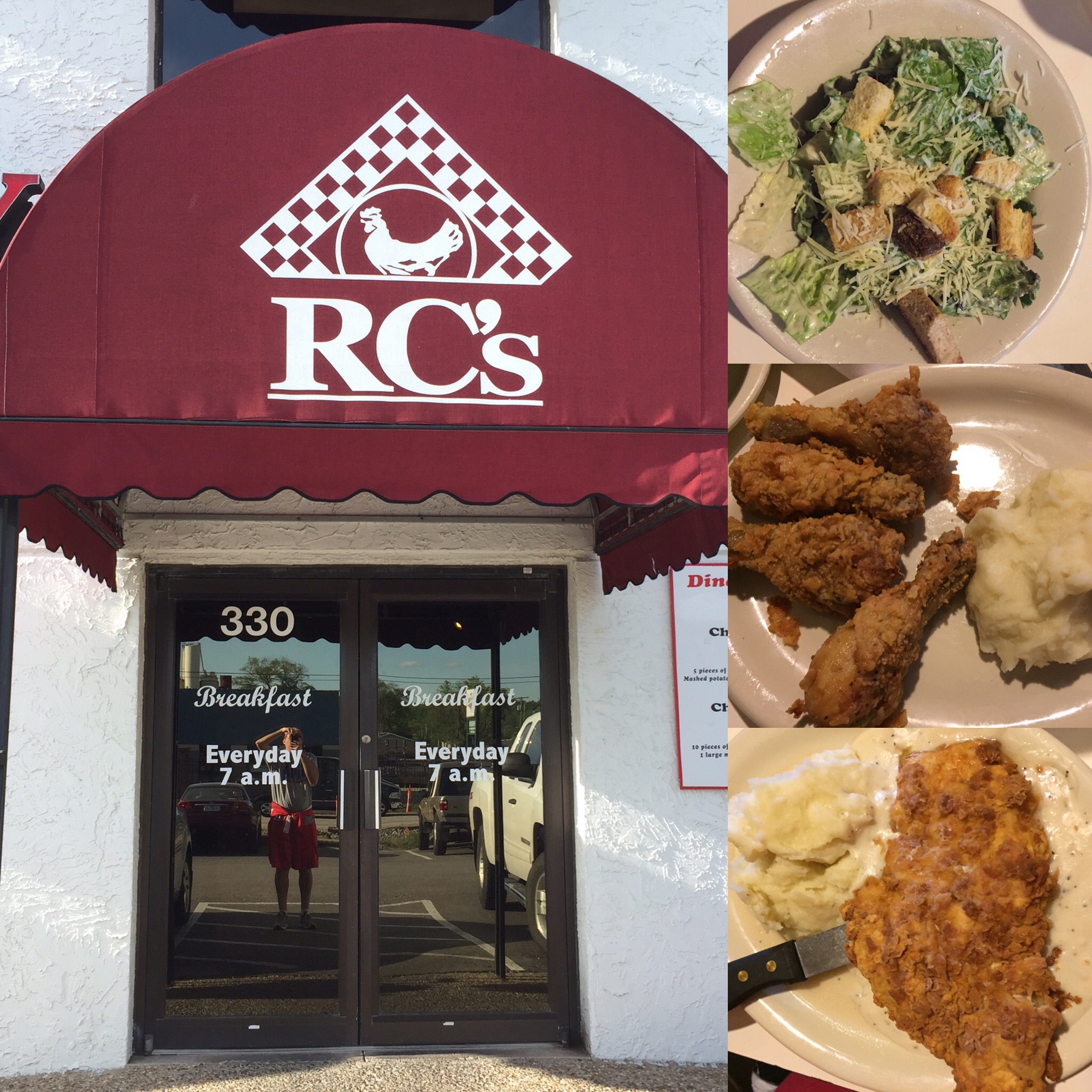 A while back the wife and I took our two little food monsters to RCs Chicken. We are about to add a third food monster to the mix at the time and my wife was craving some fried chicken and we had been meaning to try RCs out for a while now. The food monsters were in rare form that night which put both my wife and I in a foul mood.

It was about 5:30 pm on a Saturday night and we didn’t know what to expect but we had about a 10 minute wait once we got there. It was busy without being crazy. Our waitress was incredible with the kids throughout the entire meal. Above and beyond type stuff.  Playing tic tac toe with them, listening to their silly jokes and watching my son’s disappearing spoon trick. One of the older waitresses also came over to dote on the two monsters. Evidently my kids are cute if you don’t spend the entire day with them. Both the monsters ordered corn dogs and we’re happy to feast on batter covered dogs.

First before our meal came biscuits.  They are served family style with all meals. And these aren’t just any biscuits, but these biscuits are potentially the best biscuits in town. Perfectly fluffy and warm with real butter and honey on the table. Considering RC’s serves breakfast I will be stopping in for the Biscuits & Gravy sometime soon. I loaded up my biscuits with butter and honey and wanted to eat them all.   They were light, tasty, and left you wanting more. Just a way a biscuit should be.

Next came the the sides with our meal. Mashed potatoes and beans. Both were good and the beans reminded me of the beans at Strouds. Since I’m a dark meat fan when it comes to chicken I went with the leg dinner which came with 4 legs and the 2 sides. The four legs were perfectly cooked. The chicken was crispy and not oily. I rarely order fried chicken at a restaurant so I can’t say if this is the best fired chicken in town but I can say I enjoyed the legs and didn’t feel greasy or oily after eating all 4.

My wife had the chicken fried chicken and enjoyed it. That chicken was properly beat into submission and fried up on both sides covering most of the larger plate. Both my wife and I were hoping more biscuits would just magically appear on our table but it failed to happen so I assume that one serving of biscuits is all you get without ordering more.

Since I enjoyed my meal and up to that point, and the monsters had been behaving themselves I went in for the dessert. Apple Cobbler ala mode. The dessert looked great but had a little bit of a problem. The cobbler had been heated to the point where the middle of it wasn’t just hot it was scorching hot and any ice cream that came in contact with the center melted into a vanilla puddle of cream which failed to entice me into eating the whole thing, which was a shame because it was pretty good.

So in closing I would give RC’s high marks and encourage families to give it a try as they treat you right and for a reasonable price with the large portions you receive. So head on down to Martin City, which is looking pretty good these days.  So head on down to 135th street and give RC’s a try.