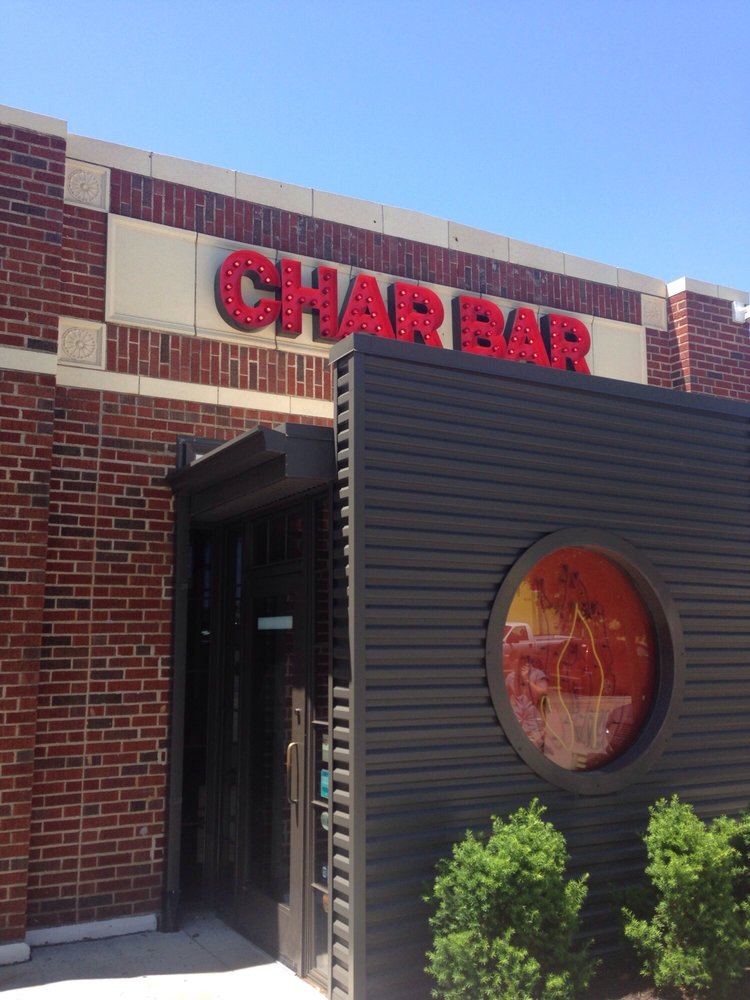 I was entertaining some friends from out of town and decided to take them to Char Bar in Westport for BBQ.  My friends were from Colorado Springs, CO so I wanted to introduce them to some KC barbecue as I had been raving about it to them and they were trying to tell me that Colorado Springs has some good barbecue.  I told them that there is no comparison and bet them they would agree after dinner.  Char Bar is in the old Beaumont Club space, 4050 Pennsylvania, and is a roomy place with a urban industrial vibe.  Lots of windows and sunlight so it feels very spacious and open.  It has a central bar and generous seating.

We were greeted and seated immediately.  Was a bit early for dinner on a Sunday so the place was not too busy yet.  That changed a bit later and the place was pretty full by the time we finished dinner.  Our waiter was very helpful and answered my friends questions confidently and cheerfully.  He was attentive during the meal but not intrusive which was very nice. 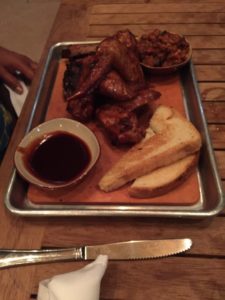 I had been to Char Bar a few times before and went with my fave, The Holy Trinity.  It consists of 3 pork spare ribs, sliced brisket, and burnt ends w/ a choice of one side.  My friends got the 3 Wings-Three Ribs and the Pulled Pork Sandwich.  We all nibbled off each other plates so they got a chance to try different items.  They were gobsmacked by the BBQ and could only make moaning noises punctuated by an occasional “Oh My God!”.  The meats were amazing and intensely smoky.  One of my friends said he could almost blow a smoke ring after a bite of burnt end.  My ribs were just the way I like them, served dry (no sauce) with a superb rub for seasoning, not too spicy and didn’t fall off the bone but released cleanly.  The brisket was very moist and cut a bit thicker than some places serve.  The burnt ends were very smoky and had a wonderful crust on the outside but were tender and moist inside.  The smoked chicken wings were good sized and again very smoky.  Note: these were not buffalo style wings and were served dry but came with a side of sauce for dipping.  They were well seasoned and tasty all on their own.  My friend who got the pulled pork sandwich almost didn’t want to share any but we shamed him into it and it was very good.  Moist, tender, and nicely seasoned with a great rub.  We also tried a few sides.  The Cole s

law was ok.  The 3-bean baked beans were tasty but not standout.  The Jalapeno Cheesy Corn Bake was pretty darn good.  Very cheesy.  The Potato Salad was ok but kinda bland in taste.  Definitely the meat is the star here. 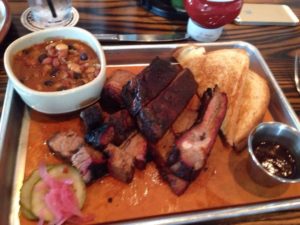 There is a large beer garden attached to the restaurant with some backyard amusements like lawn croquet, bocce, and ping pong.  This is a southern inspired smokehouse that brings the pit master expertise of barbecue competitor Mitch Benjamin and his line of Meat Mitch sauces to your table for you to enjoy.  It is a part of the Beer KC restaurant group that includes as sister restaurants The Foundry, McCoys Public House, and Beer Kitchen.  I really like this place and it is on my short list of favorite barbecue places in KC.  Needless to say I won the bet and converted my Colorado friends to disciples of the KC church of smoke.