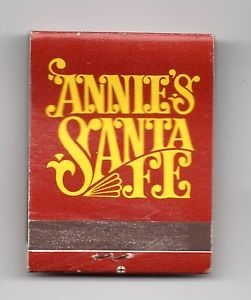 Annie’s Santa Fe was a Kansas City Mexican food restaurant chain that was very popular in the 80’s and 90’s. They had multiple locations in OakPark, South Kansas City(Bannister Mall), Topeka and the Plaza. Annie’s was a very successful restaurant and introduced many Kansas City patrons to mainstream classic Tex-Mex dinning. Annie’s was likely the first place you had Mexican other than TacoBell and it was certainly the first place you ever had free chips and salsa. The menu had lots of fried options like deep fried tacos, taco salads with edible bowls and burritos. Don’t kid yourself, the first time you saw an edible bowl it was the coolest and it was probably at Annie’s. 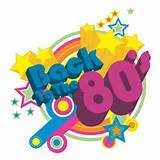 Annie’s food is also remembered for the all-you-can-eat lunch taco and fajita bar, spoon bread and fried ice cream dessert. Many tried to duplicate the Tex-Mex model and Chi-Chi’s had some moderate success. Annie’s was a lot of things to a lot of people and you might not have known that Annie’s also had a wild side, a very wild side.  Annie’s was the earliest prototype of the current bar and grill concept that packs the restaurant with diners during the day and flows cocktails after hours. Before Applebee’s and 54th St Grill was Annie’s Santa Fe.
At sundown this lovable Mexican restaurant turned into a disco scene that introduced Kansas City to margaritas, tequila shots and bad pickup lines. The swag we hear about today was born at Annie’s, in the back booth, about 1986. Annie’s Santa Fe was a wild swinging suburban yuppie disco “Sex-Mex” bar. The bar scene at Annie’s was rad and regularly featured Royal players, power drinkers, brawls, bighaired woman, stonewashed jeans and mullets on proud parade. Chiefs players took over the bar on Sunday nights. There was always a lively club style DJ(Debbie Z)that coordinated dance contests, jalapeño eating events and other adult themed party games between Madonna songs. If you know anyone that is currently in their late 40’s they probably have an Annie’s war story for you. 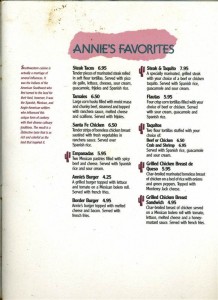 Annie’s Santa Fe is a Kansas City food legend and part of the colorful history of Kansas City eats.

Editors Note: Back-In-The-Day articles highlight famous Kansas City restaurants that have been closed for many years but their legend continues.