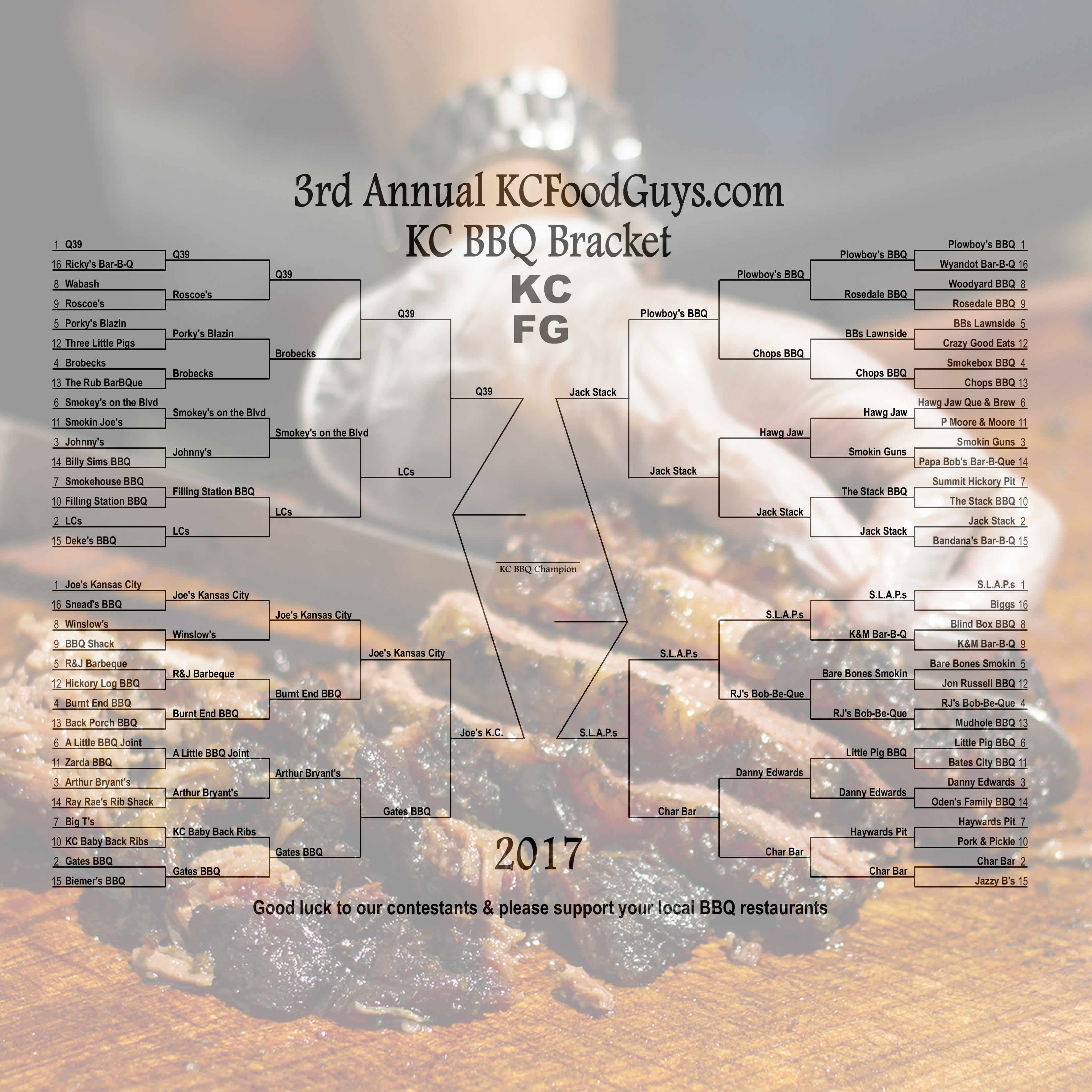 Our KCFoodGuys.com Final Four is now complete as shown above.  The People’s Choice bracket results are below.

People’s Choice bracket interestingly enough went with the same Final Four with the voting tally’s below.  Congrats too all those who made it this far you are certainly masters of your craft.

This poll received a total of 1463 responses. 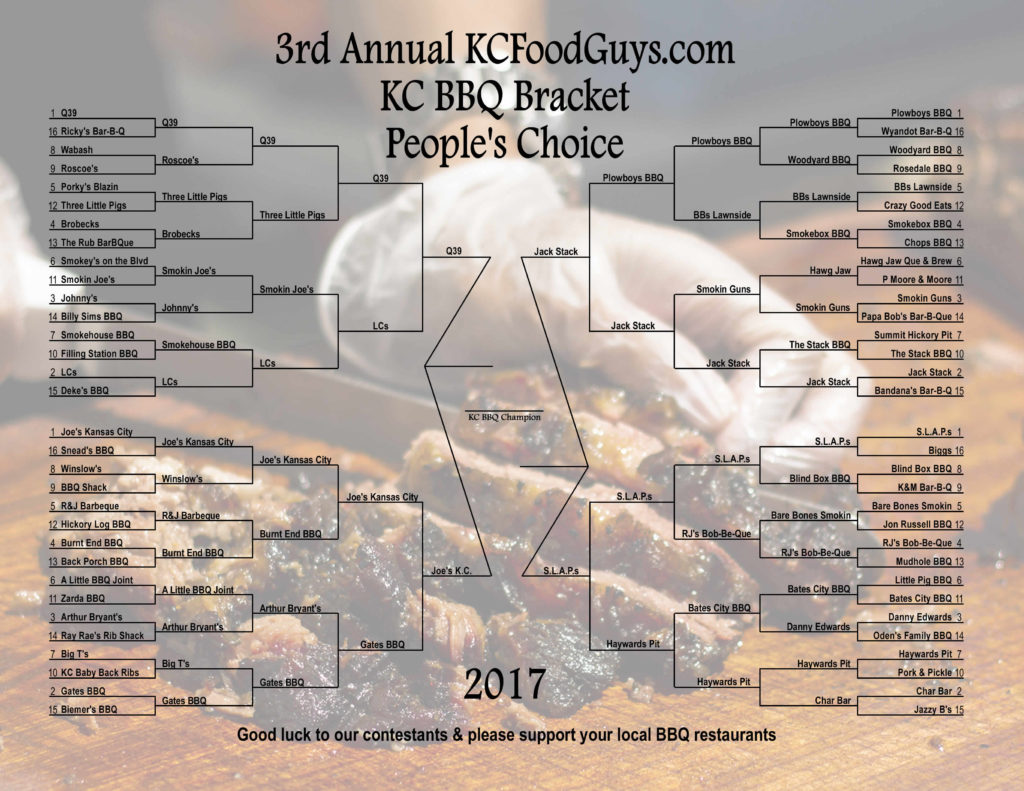