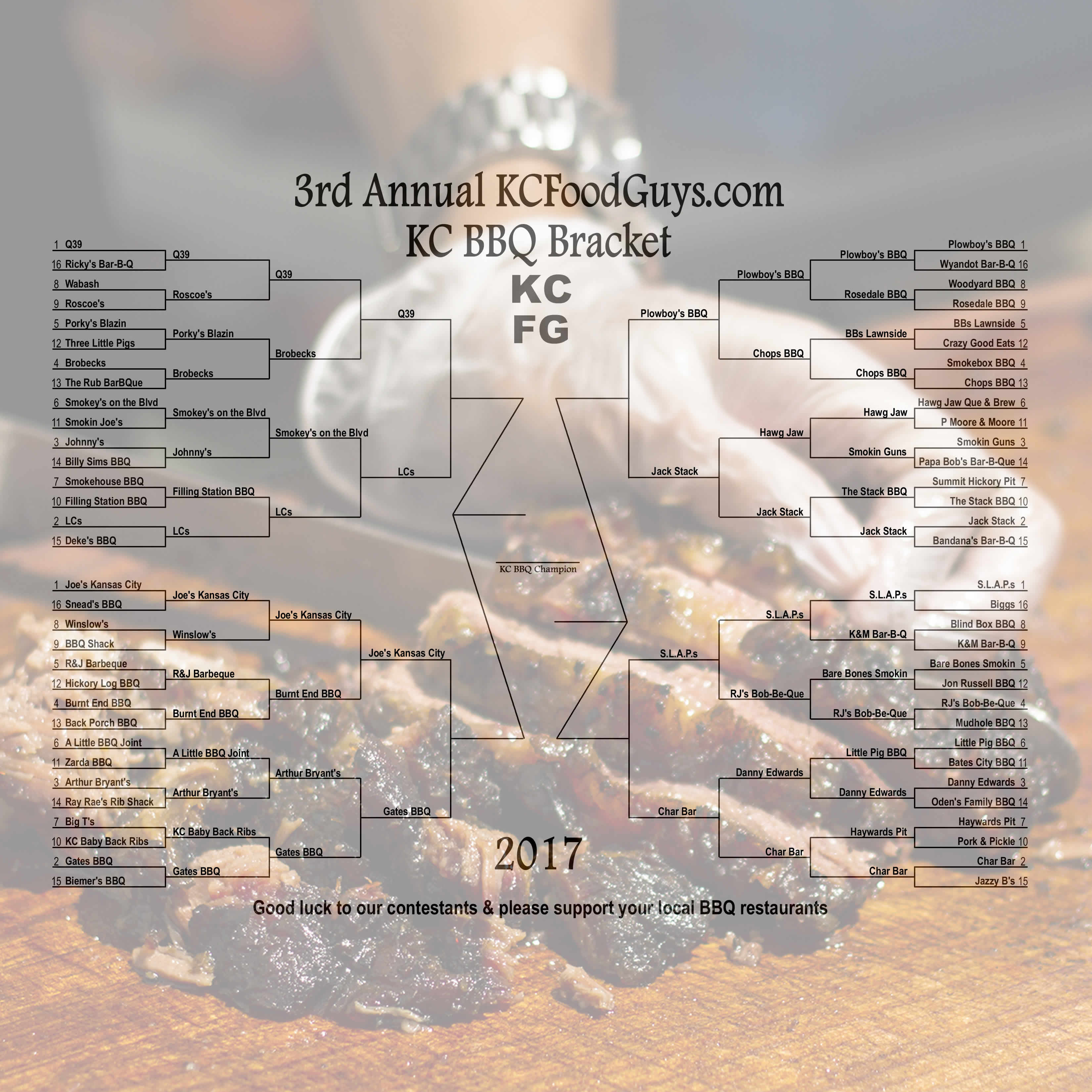 First you’ll see our bracket picks above and our comments below.  The people choice bracket is further on down.

Below you will see the People’s Choice Bracket Results.  We received a total of 1445 responses.  One razor sharp finish between BBs Lawnside and Plowboys, with Plowboys advancing on 4 additional votes.  In the epic match-up between Arthur Bryant’s and Gates, Gates won by an 8+ point advantage.  In short the People’s Choice Elite 8 matches our bracket with the exception of Hayward.s instead of Char Bar.  Voting for the next round will be up later tonight. 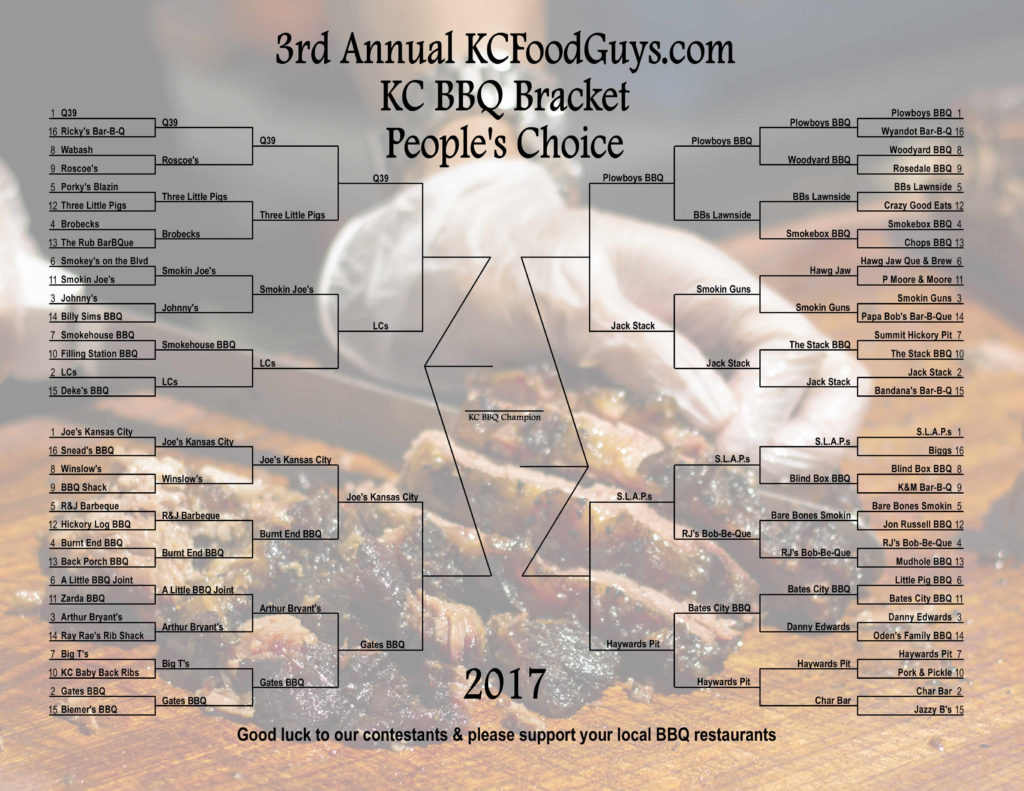