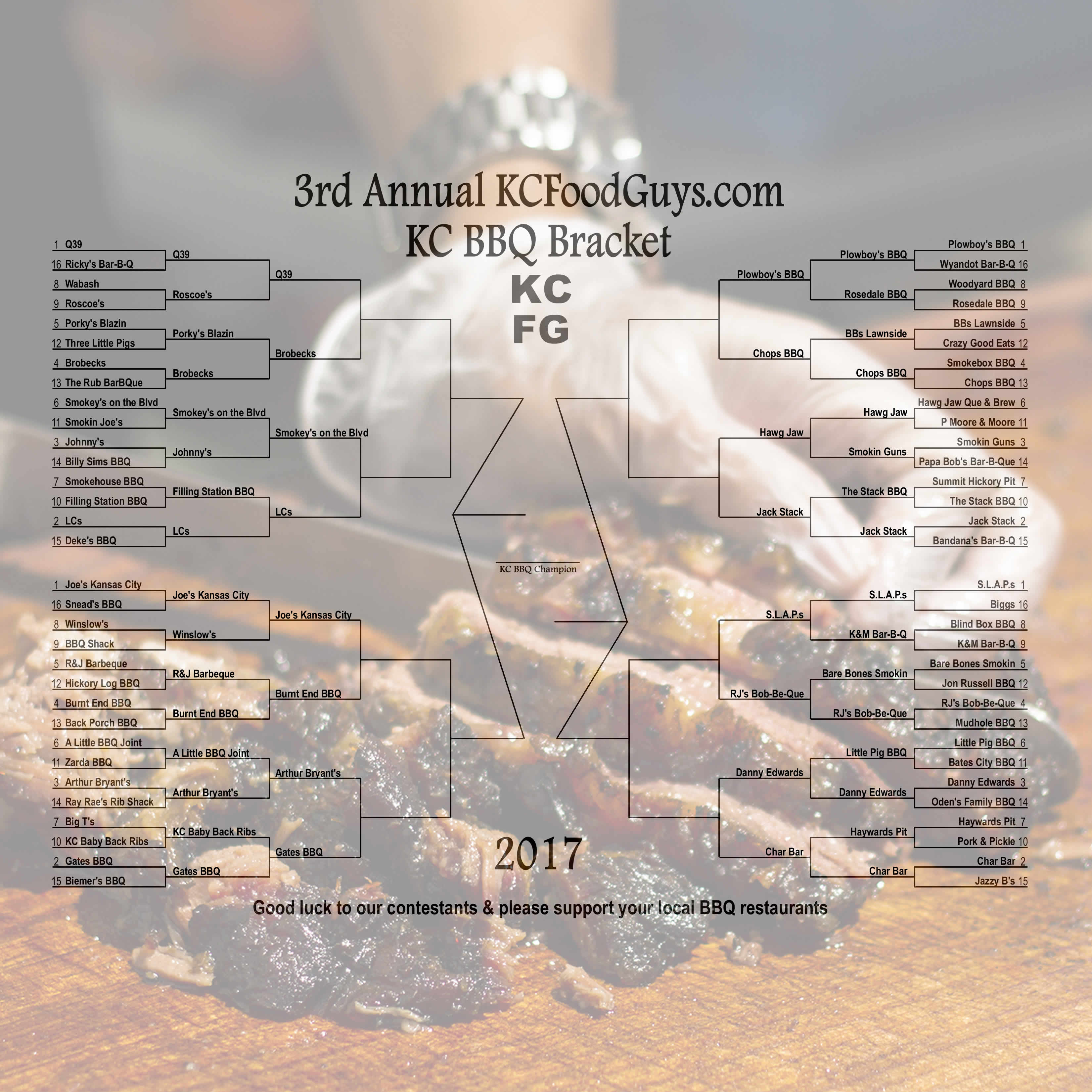 First you’ll see our bracket picks above and our comments below.  The people choice bracket is further on down.

A few surprises in their if you ask us.  Also there is mega match-up in the next round between Arthur Bryant’s & Gates BBQ? Who will the people choose.  Round 3 voting will be available shortly. 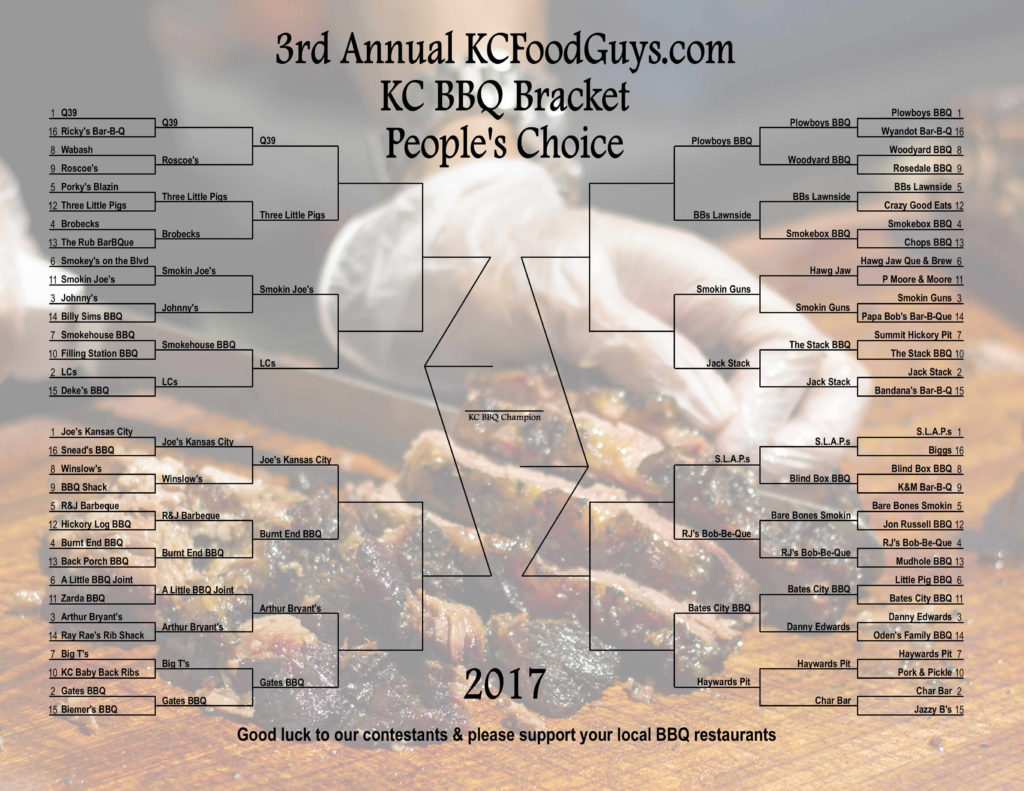