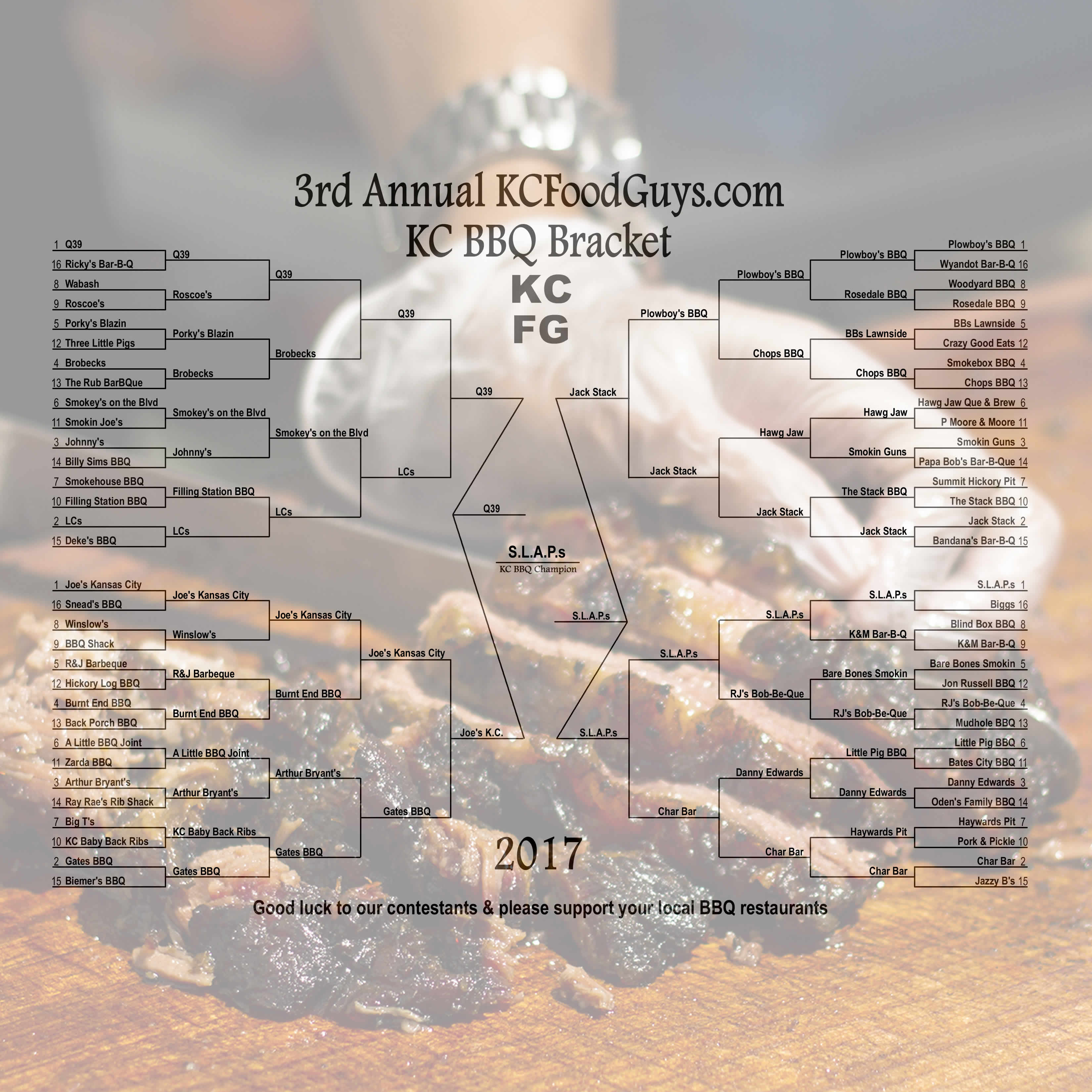 After 3 amazing weeks of Kansas City BBQ the KCFoodGuys are ready to announce our KC BBQ Champion and the winner of the People’s Choice bracket below, and like last year our best meals were served in the final matchup.  First up was our bracket final – Q39 vs S.L.A.P.’s We’ll brake it down like this:

Both Q39 & S.L.A.P.’s have some of the meatiest ribs in town and our bones end up bare as could be.  So with that we are proud to announce S.L.A.P.’s as the KCFoodGuys KC BBQ Champion.

Our Final Poll received a total of 1684 responses. 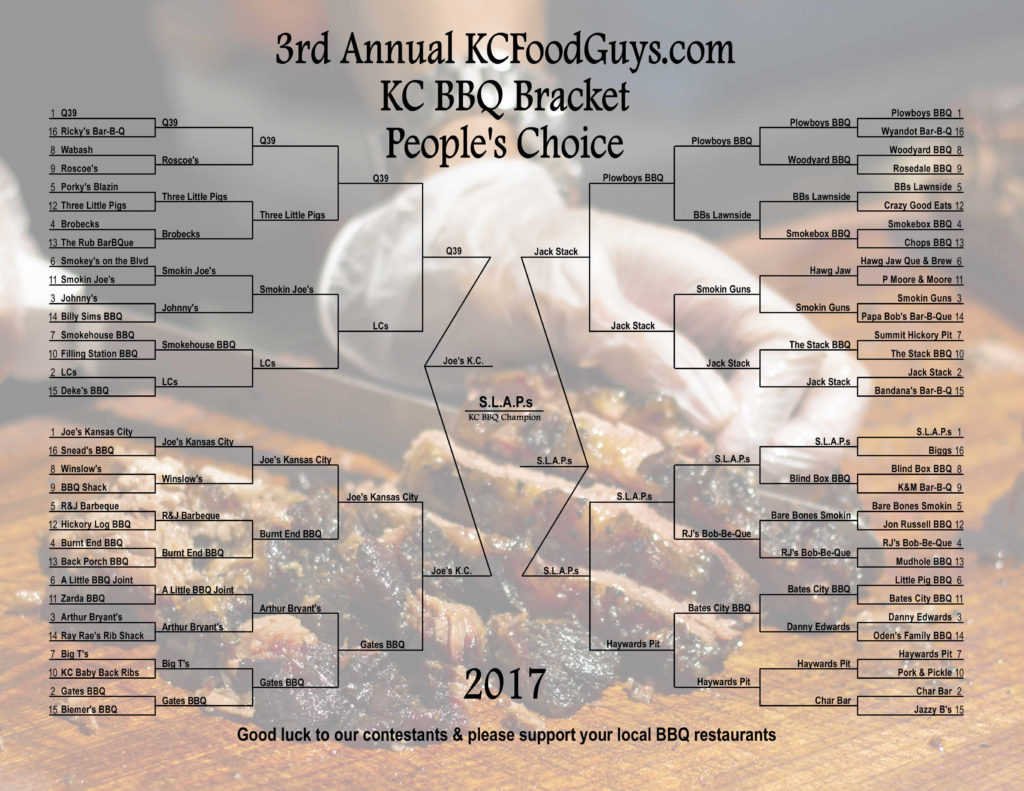